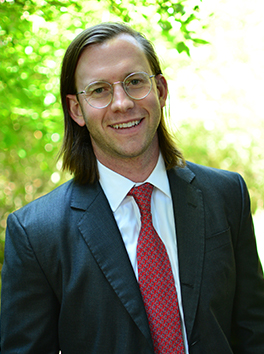 Specializing in child, adolescent, and adult treatment and recovery of trauma/personal injuries

Mr. Kane also has formal training in the administration and interpretation of psychological, neuropsychological, and complex personality-based testing, and has contributed to academic research on as an undergraduate and graduate student in clinical and forensic psychology. Mr. Kane is also trained a cognitive behavioral therapist and particularly enjoys working with teenagers exhibiting emotional and behavioral challenges that are interfering with academics, family relationships, etc.

Mr. Kane is trained in the treatment of Post-Traumatic Stress Disorder and other clinical presentations often seen in Veteran populations using a Cognitive-Behavioral theoretical framework in his Masters level coursework, as well as throughout his Doctoral program in Clinical Psychology. Mr. Kane has been a volunteer at the Veterans Affairs hospitals throughout the country as he works with a program which helps the Recreation Therapy department treat their Veterans who present with both physical differences and psychological difficulties. Through his clinical training, Mr. Kane has worked extensively with Veterans and their families and has been effective in helping his clients manage the stressors which result from combat exposure and other issues often encountered with this population. Mr. Kane is a Licensed Mental Health Counselor and is currently accepting new clients at NW Family Psychology.”

“Wounded Warrior Project is a nonprofit organization whose mission is to serve the population of nearly half a million Veterans with severe post-combat physical limitations, and the same number of Veterans living with non-visible mental health difficulties trying to cope with depression, anxiety, post-traumatic stress disorder, and other difficulties. Wounded Warrior Project partners with other organizations including America’s Warrior Partnership, National Military Family Association, Team Red White and Blue, Team Rubicon, The Mission Continues, and other programs dedicated to serving the needs of and strengthening Veterans support systems. For example, Team Rubicon deploys Veterans along with emergency response teams to areas affected by disasters all over the country. Individually, Veterans and their families can benefit greatly from involvement with these programs. As a whole, a community of Veterans is strengthened by coming together to support each other and Civilians in need, and everybody benefits.